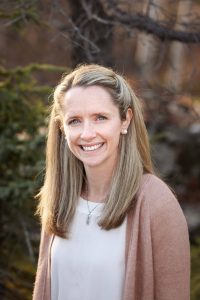 “After a competitive hiring process, the Hiring Committee is excited to welcome Melissa Syer as our Executive Director,” said Rob Warburton, President of the Yellowknife Chamber of Commerce. “Melissa’s impressive professional and educational background, her strong leadership skills, along with her knowledge and passion for the North make her an excellent addition to our team.”

Melissa began a seventeen-year military career in 2001. After graduating from the Royal Military College of Canada in 2005, she worked on HMCS Algonquin and HMCS Calgary as a Bridge Watch Keeper and as a specialist in under water warfare. After her time in the fleet Melissa spent six years recruiting for the military in Vancouver and Calgary. While working as a recruiter, Melissa earned a Masters in Professional Communication and was awarded the Queen’s Diamond Jubilee Medal for her excellence and leadership in this field.

Melissa's military career culminated at Joint Task Force North with a move to Yellowknife in 2016, where for three years she led a team in planning and executing operations in Canada’s North. Melissa transitioned to civilian life in 2019 as the Capital Planner for the Department of Infrastructure with the Government of the Northwest Territories. Having spent her career living and visiting cities across Canada, Yellowknife is where she and her husband, Tim, have decided to put down roots. In 2020, they added a daughter to the fray after testing their parenting skills with two Northern Special dogs from the NWT SPCA.

“I have long been an admirer of the Yellowknife Chamber of Commerce and am excited to take on the role of Executive Director. The way in which businesses navigated the challenges wrought by COVID-19 is remarkable and I look forward to working with, and learning from, the members of this resilient community. I am energized by the opportunity to work closely with the board of directors, compromised of diverse and experienced business leaders, in implementing their strategic plan”, said Melissa Syer. “The chamber is a leading advocate for the Yellowknife business community, and I am honoured to become a part of that.”